top of page
This site was designed with the
.com
website builder. Create your website today.Start Now
Search

Well, here it is -- a very early teaser for the film I've been working on the past seven years.

I want to give a special shout out to editor Craig Trow, who suggested the idea of doing a teaser, and prepped an early draft. I also want to acknowledge Erin Cherniss, Morgan Strahorn, Stephanie Mann, and Nastasya Thibodeaux, who helped with a number of the animations you see here.

I especially want to thank my good friend David Michalak, who composed, arranged, and performed the music on such short notice. He really captured the bittersweet, understated emotional quality I was looking for.

Here is the press release:

LOS ANGELES, CA, October 25, 2022 — An early teaser trailer for the documentary AMSEL: ILLUSTRATOR OF THE LOST ART has just been released. The project is the first in-depth profile of legendary entertainment artist Richard Amsel, one of the most prolific and popular American illustrators of the 1970s and 1980s.

Amsel remains a titanic figure in the world of entertainment art. From his celebrated covers for TV GUIDE, to portraits of legendary personalities like Bette Midler, Lily Tomlin, and Barbra Streisand, to his remarkable posters for films such as Raiders of the Lost Ark, Hello Dolly, The Sting, Flash Gordon, The Dark Crystal, and Mad Max: Beyond Thunderdome (his final completed poster), Richard Amsel’s work has inspired generations of illustrators, and continues to be enjoyed by millions of art and film lovers around the world.

Tragically, Amsel’s life and career were all too brief. He died in 1985, a few weeks shy of his 38th birthday – an early victim of AIDS. The aim of the film is to celebrate his work, preserve his creative legacy, and shed light on an enigmatic life marked with personal heartbreak, celebrity friendships, and creative genius.

Amsel’s death was tragic, but his life was often every bit as colorful and wondrous as the art he created.

Following over 15 years of research, filmmaker Adam McDaniel has traveled extensively throughout the United States, conducting over 50 interviews with Amsel’s friends and family, colleagues, classmates, teachers, and art collectors, as well as new generations of artists whom Amsel inspired.

The project, which has the support and participation of the Richard Amsel estate, is currently in the editing stages. It will include a variety of animated motion graphics made from Amsel’s iconic original artwork, and new, high-quality digital images – each one painstakingly color-corrected and restored. This will allow for some of the artist’s most prominent works to be seen in a new and improved light.

While there are over 100 hours of filmed interview footage thus far, McDaniel is planning additional interviews in the coming months.

AMSEL: ILLUSTRATOR OF THE LOST ART is a sponsored project of FRACTURED ATLAS, a non-profit 501(c)(3) arts service organization legally registered as a charity to fundraise throughout the United States. Donations to the documentary are fully tax-deductible where applicable by law.

The trailer is now available on youtube (https://youtu.be/RUDSBw0ACFU), and also featured on the documentary’s official website, www.richardamselmovie.com. 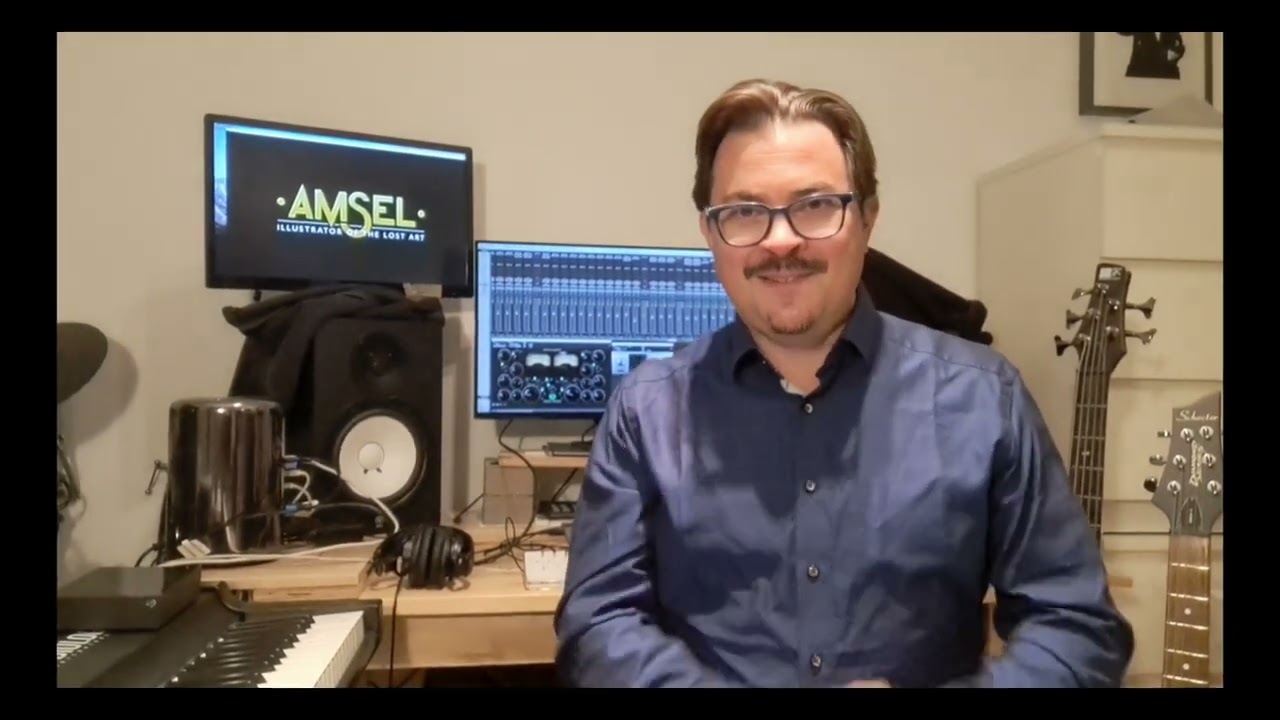 Giving thanks to all of you!

The Rings of Power

On "CODED" messages in illustration...